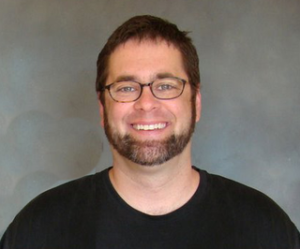 Leaving Faith is the site for my first and upcoming book.  I am a former agnostic, Christian, Buddhist ex-Christian, now Christian again.  I currently live and work in the Central Valley of California.

Mission of this site

My goal with this site is provide comfort and instruction for people leaving their current worldview. While I focus on those leaving religion, principles discussed here are also useful for those who might be leaving atheism or any other ideology that has disappointed them. I want to create a community for discussion of this difficult passage, and I also hope to get this community’s input into my forthcoming book, tentatively entitled Leaving Faith.

I grew up in an agnostic home, looking down upon religious people as largely uneducated and fearful. However, during my senior year at NC State University, I became a Christian through my own seeking and the preaching of a local pastor. That was 1986.

In 1987, I received my B.S. in Biochemistry and went on to do five years of cancer research at the University of North Carolina at Chapel Hill.

However, I grew restless, awakening to my desire to preach, teach, and do music. I quit my job and did six months of missionary work with Youth With A Mission (YWAM), which was powerful and transforming.

I returned, attempted and failed to raise support for missionary leadership training, and instead, worked on my inner life while supporting myself with temp jobs. I healed many personal issues through inner child work, Christian psychological works, and masculine recovery literature. I also volunteered as a contemporary worship leader in a local CMA church.

However, because my formative Christian years were spent in an unhealthy, abusive and controlling Christian church, I began to seek even more healing away from the warped Christianity I experienced, and after moving to California to take a computer job, left Christianity entirely in order to explore self-help psychology, individual counseling, A Course in Miracles, yoga, and Buddhism.

I grew quite a bit as a person during those years, free from compulsion. I grew mostly in an understanding of what it’s like to lose my faith, to be at the mercy of the process, and to have no idea where I would land.

I learned much in those 6 years, but eventually returned to evangelical Christianity, with a broader perspective, and without rejecting the helpful practices I learned in those other traditions.

As I’ll discuss on this blog, both unbelief and these other religious systems, though helpful, eventually seemed even more inadequate and incomplete than Christianity to me. A few interesting events caused me to reconsider and return to Christianity; though something less rigid than where I had come from.

So what do I believe now?

I consider myself Christian, and work as a part time pastor in an evangelical church. I hold mostly standard beliefs, save a somewhat more generous view of some other faith traditions. For example, while I now disagree with the revealed truths of the Eastern traditions (reincarnation, salvation through works, etc.), I embrace the common empirical truths and practices they contain (some of which have been downplayed or lost in Christianity).

Practices and perspectives  I now embrace include mindfulness and care of the body, as well as other disciplines which are compatible with Christianity and useful in spiritual growth and practice – though I do not believe that these have any ‘salvific power.’

On this blog, I am not directly interested in influencing people towards Christianity. I really want to aid you in leaving faith, exploring truth responsibly, regaining your self and integrity, and rebuilding your worldview, while avoiding the dangerous pitfalls that anger, lonliness, and disappointment can drive us into while we are seeking answers.

As a former scientist and spiritual vagabond, and current computer worker and person of faith, it is my sincere hope that you pass through this time without losing your mind, while gaining your soul back.