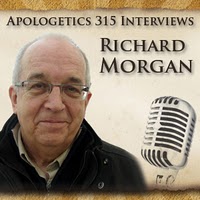 At Apologetics315 is the second interview I’ve heard with former atheist Richard Morgan (hear another interview at Unbelievable), and his story is interesting. In the context of this site, what is interesting are the factors that led to his conversion. They seem to be:

This highlights one of the disconnects between the common path to faith, one of experience first, followed later by intellect (or as Augustine said, ‘faith seeking understanding”), and atheism, which values reason and empiricism first, almost to the exclusion of experience.

In fact, I think this disconnect comes from extremism on both sides of the fence.

Many former religionists have been abused by emotional appeals and guilt manipulation, or brainwashed into a cultlike, pharisaical, authoritarian group, and as a consequence, may have sworn off all uses of intuition, emotion, or conscience in finding the truth – if subjective faculties can be so easily manipulated, why ever let the chance of that happen again? Better to rely on cool, calm, concrete reason.

Interestingly, this largely defensive position of the materialist may be ignoring the very valuable contribution of the faculties of intuition and conscience in determining questions of value and metaphysics.

Can faith and reason cooperate, or are they ‘non-overlapping magisteria”, as evolutionist James Gould described? Morgan’s story indicates that this disconnect can, and perhaps, ought to be breached.

You can also hear Richard Morgan discuss Religious experience – is it evidence for God? with former atheist Todd Pitner and atheist Gordon Livesey.