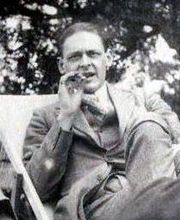 Though I am not blogging through Pascal’s Pensees, maybe I should! Here’s another interesting quote by T.S. Eliot from the Introduction to Pensees:

The Christian thinker–and I mean the man who is trying consciously and conscientiously to explain to himself the sequence which culminated in faith, rather than the public apologist–proceeds by rejection and elimination. He finds the world to be so and so; he finds its character inexplicable by any non-religious theory; among religions he finds Christianity, and Catholic Christianity, to account most satisfactorily for the world and especially for the moral world within; and thus, by what Newman calls “powerful and concurrent” reasons, he finds himself inexorably committed to the dogma of the Incarnation….

To the unbeliever, this method seems disingenuous and perverse; for the unbeliever is, as a rule, not so greatly troubled to explain the world to himself, nor so greatly distressed by its disorder; nor is he generally concerned (in modern terms) to “preserve values….The unbeliever starts from the other end, and as likely as not with the question: Is a case of human parthenogenesis credible?

Eliot’s language is a little hard to understand, but let’s decrypt it and see what applies to our situation of leaving faith, and of how we arrive at our various conclusions. Again, like yesterday’s quote, Eliot highlights a disconnect between the reasoning of faith, and that of skepticism.

Eliot appears to argue that the private believer argues differently than the public apologist – this is an important distinction. Public apologists do attempt to abide by the assumptions and processes of reason, meeting the skeptic on the grounds of reason, as opposed to arguing from experience or authority.

But Eliot argues that the actual process of arriving at conclusions of faith personally, in reality, don’t work in that fashion. The truth is, even though many of us may approach such matters with reason, much of it is either post-facto (after the fact) reasoning, or we fail to admit that reason was not the only factor in our decision – we are all affected by our emotions, experiences, and even if we deny it, are partly bound to act in concert with our subjective intuitions and conscience in such matters.

Eliot seems to argue that the believer starts with his assessment of the world, trying to make sense of it. Seeing the complexity of nature and the reality of human evil, he finds non-supernatural explanations insufficient. He doesn’t buy the argument that science just needs more time, and is willing to put God in the gaps, even if tentatively, instead of limited human intellect.

The believer then finds that the Christian view seems to accomodate the ideas of man’s twin attributes of nobility and falleness, of the necessity of both justice and mercy, of the need for a first cause (Creator), of a need for ultimate justice, and the need of a personal God whose presence and promises bring comfort and hope.

He seems undaunted by the difficulties of subjective misunderstanding of such divine communion, or the possibility that such comforts may be all in the imagination – since he finds that no definitive proof either way will surface, he is content to take Pascal’s wager and bet that God is.

The Unbeliever’s Response and Approach

Eliot nicely characterizes the naturalist skeptic’s feelings on the believer’s approach – it seems “disingenuous and perverse.” By the way, the classic definition of perverse is important to understand here, it says much more than our superficial contemporary usage.

The believer is predisposed to work contrary to logic! He’s already got an end in mind, and is probably being circular, if not backwards in his method.

Eliot discusses a list of concerns that may lead the believer to take his approach, and how this list is not among the concerns of the skeptic. Rather than trying to explain existence with a concern for morality or ends, the skeptic is merely concerned with one starting place – are miracles possible? Is the incarnation (human parthenogenesis) a reasonable claim? Why are you not obeying the rules of reason? Appeals to authority or experience do not count!

I don’t think that Eliot’s characterization of the skeptic is really entirely on the mark. As doubters, we may very much be concerned for morality, or what works, or what explains reality. We think ourselves prudent to, at least for the time, eliminate subjective data and appeals to authority.

The question is, at what point do we admit that our naturalistic explanations may have as many problems as the supernatural claims of Christianity? That we may never explain the experience of free will or mind in what ought to be a determinist material universe? That there must be a first cause to the universe? That abiogenesis may be a real stretch of credulity?

I think Eliot again reveals an important problem with the epistemic methods of the believer and the skeptic, not the least of which is that the skeptic often eliminates the possibility that the subjective faculties of intuition and conscience, not to mention the experience of communion with the divine, are allowable as input to the process of determining what is true.

I would like to bridge this gap a little by affirming that faith and reason can work in concert, though they can also be pitted against one another if engaged in improperly. But hey, that’s my take :D.